Skip to content
April 20, 2018April 20, 2018 jvandenbrink
Bob McDonald, founder of Aqua Clara, passed away the afternoon of April 19 with his family present in the Inn of Freedom Village after an extended and oftentimes very painful illness.  He was calm and peaceful.  We are grateful that he is now free from pain, and that he experiences the peace that his Faith in God has promised him.
Bob was a senior executive at Dow Chemical when he retired. During his tenure with the company he headed marketing and manufacturing for the company’s Middle East-Africa operations. It was on his first trip to Africa that he saw a woman by the side of the road scooping brown, obviously contaminated water from a muddy rut into a cooking container.  That image stayed with him through his retirement and continued to provide an impetus for what became myriad technological developments and programmatic initiatives that now serve people in over 30 countries.
All of his colleagues appreciate the tireless and total dedication Bob gave to Aqua Clara International in the last eleven years.  His work was guided by Jesus’ words that “as he gave drink to the least of these, my Brethren, he gave it unto Me.”  Bob used his vast base of knowledge, experience, and faith to lead this last endeavor in his life.
RIP as you enjoy your Destination, Bob. 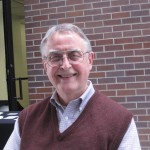